Home » What is Fusion? » History of Fusion

Fusion is the most dominant reaction in our observable universe and it is the reaction that powers our Sun and the stars. However, the science and physics of nuclear fusion started becoming clear only in the 1920s when British astrophysicist Arthur Eddington suggested that stars draw their energy from the fusion of hydrogen into helium. Eddington's theory was first published in 1926 in the Internal Constitution of the Stars, and this laid the foundation of modern theoretical astrophysics.

Following Eddington’s paper, Robert d’Escourt Atkinson and Fritz Houtermans provided the first calculations of the rate of nuclear fusion in stars. And at the same time, Ernest Rutherford was exploring the structure of the atom. With his famous 1934 experiment, Rutherford showed the fusion of deuterium into helium, and observed that “an enormous effect was produced” during the process. His student Mark Oliphant used an updated version of the equipment, firing deuterium rather than hydrogen and discovered helium-3 and tritium, showing that heavy hydrogen nuclei could be made to react with each other. This was the first direct demonstration of fusion in the lab. This understanding of nuclear fusion was tied together by Hans Bethe’s work on stellar nucleosynthesis where he described that it is through proton-proton chain reactions that the Sun and stars release energy.

By the 1950s, researchers started looking at possibilities of replicating the process of nuclear fusion on Earth. And in 1950 soviet scientists Andrei Sakharov and Igor Tamm proposed the design for a type of magnetic confinement fusion device, the tokamak. This was followed, in 1951, by Lyman Spitzer’s concept for the stellarator. The stellarator concept dominated fusion research throughout the 1950s but lost its sway when the experimental research on tokamak systems by Soviet scientist Lev Artsimovich showed that the tokamak was a more efficient concept.

By the 1970s it was clear that attaining fusion energy would be one of science’s greatest challenges and collaboration might be key to meeting the challenge. European countries came together and began design work on the Joint European Torus, JET, in 1973. In 1977, the European commission gave the green signal for the project and Culham in Oxford, UK, was selected as the site for JET. The construction of JET, which would become the largest operational magnetic confinement plasma physics experiment, was completed on time and on budget in 1983 and the first plasmas were achieved.

The 80’s also saw the iron curtain being lifted slightly when ITER was set in motion at the Geneva Superpower Summit in November 1985. The idea of a collaborative international project to develop fusion energy for peaceful purposes was proposed by General Secretary Gorbachev of the former Soviet Union to US President Reagan. 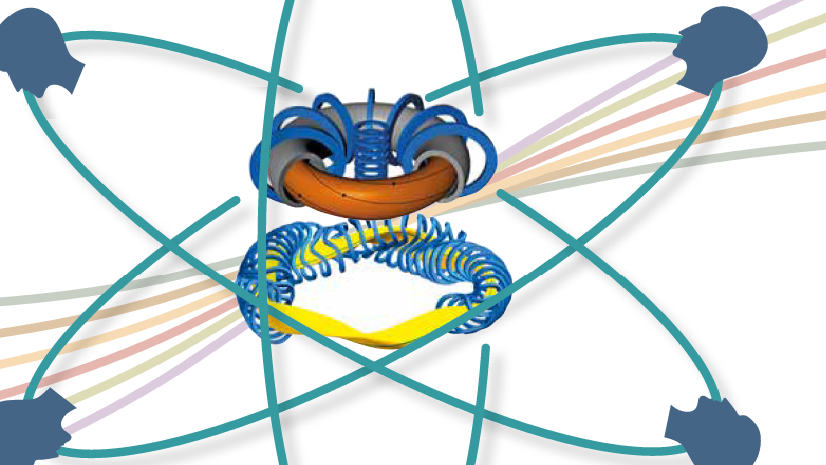 The first experiments using tritium was carried out in JET, making it the first reactor in the world to run on the fuel of a 50-50 mix of tritium and deuterium. In 1997, using this fuel, JET set a world record for fusion output at 16 MW from an input of 24 MW of heating. This is also the world record for Q, at 0.67. It should be stated that the world record was achieved in a very short instant of about 1 second. A Q of 1 is breakeven, and to achieve fusion energy the Q value must be greater than 1. The aim of ITER is to achieve a Q of 10.

In 2005, the ITER Members unanimously agreed that ITER would be built in Cadarache in France. In December 2022, the ITER project passed the 77.7% milestone of work scope completed to first plasma. In 2015 the Wendelstein 7-X stellarator, which is a long-term back up strategy for the tokamak in the European Fusion Roadmap came into operation, and its first operational campaigns exceeded all expectations. In 2021 a new fusion energy world record of 59 MJ was achieved in JET in a 5 second long pulse, while burning only 170 micrograms of deuterium and tritium. 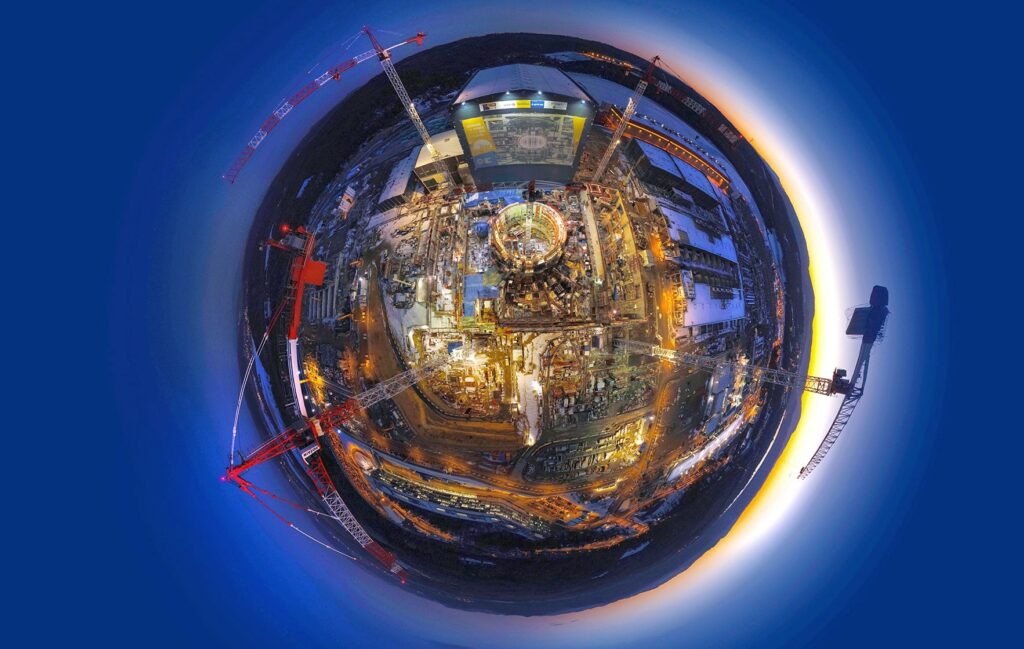